Drones are being touted as a real game changer in one of agriculture’s most hazardous environments – crop spraying.

Ballito-based company Pacsys (Precision Agriculture Systems) is the sole distributor for DJI’s crop sprayer drone, or unmanned aerial vehicle (UAV) the Agras MG-1, which can carry a payload of up to 10 kg of fertiliser or pesticide covering up to 10 000 sq m in 10 minutes – up to 60 times faster than manual spraying, according to its website.

But the topic of managing director Tim Wise’s talk to attendees at DroneCon 2018 is not the drone versus manual labour, but rather the drone as an alternative to aerial crop spraying.

“Sugar cane is our biggest crop by area in KZN, but it’s also conducive to drone crop spraying because the cane is planted in 2-3 hectare blocks. The drone isn’t as effective up on the highveld where the blocks are far bigger,” he says.

The conditions in the province are technically very challenging too, he says: it’s very hilly and very windy which also mitigate against traditional aerial crop sprayers like aircraft, helicopters and microlights, all of which, he says are too big, fly too fast and too high in this situation. As a result, there is a high degree of wastage, up to a 10 m swathe around the fields, which results in a coverage rate of only 75 percent.

The chemicals are also highly toxic, says Wise, so there’s the compounded risk of over spraying cane in adjoining areas or under spraying the crops which ought to be sprayed. There’s also the attendant risk of creating pesticide resistant insects. The entire process is also bedevilled by human error, sometimes fatally so, which is why aerial crop spraying is consistently ranked one of the top three hazardous occupations in the world, he says.

The Agras MG1-S, he says, is capable of 100 percent coverage, is fully autonomous, eliminating human error, and it’s far more environmentally friendly, flying 3.5 m above the crops – or 5-6 m off the ground, reducing the risk of drift. It’s also very safe, travelling at a maximum 10 km/h.

Drones are also being used on tree farms, to help manage orchards, provide real time information to farmers on the conditions of individual trees and then lower or increase their costs and their financing accordingly.

Aerobotics is a company that doesn’t fly drones, but rather crunches the data derived from satellite imagery and drone photography to create what CFO Tim Willis calls “simple solutions to complex problems”.

Farmers can use the data to for early problem detection or intelligent scouting, breaking their orchards into management zones rather than just managing randomly. Sick trees are identified and assigned their own GPS coordinates, allowing the farm workers to approach the individual tree directly, rather than having to waste time finding it first.

The tree census can also be used to create individual pricing on the farmer’s inherent risk for insurers rather than paying a peer-based rate or taken to financiers to prove collateral when applying for funding. 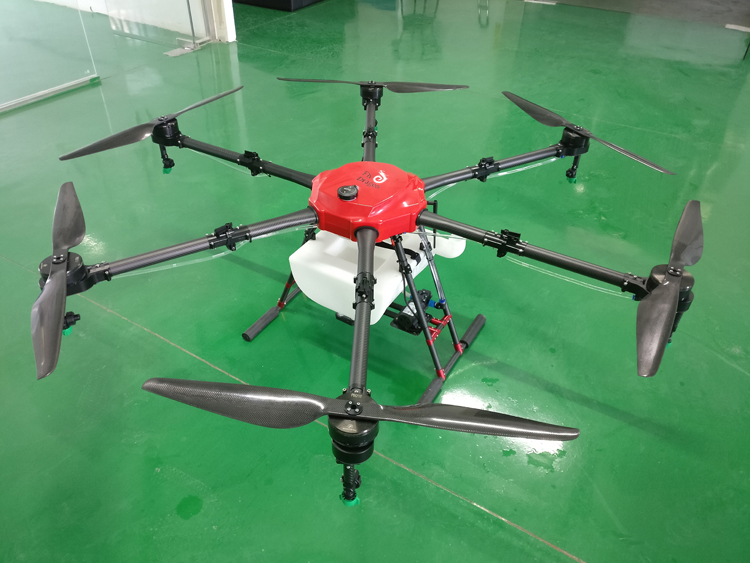